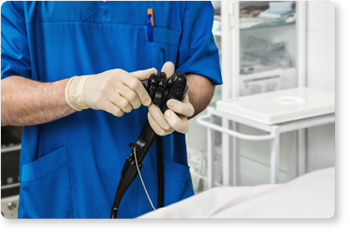 Surgical resection has long been the primary treatment for upper GI cancers. With the advancement of minimally invasive surgery and endoscopic treatment modalities, conventional surgery has been gradually replaced. Endoscopic treatment offers a less invasive and less costly option to reduce the risk of operation such as mortality and morbidity as well as improving the quality of life after surgery with the preservation of physiological functions. Patients with very low risk for lymph node metastasis and local recurrence are ideal candidates for endoscopic surgery. Endoscopic Mucosal Resection (EMR) and Endoscopic Submucosal Dissection (ESD) are the two main categories of endoscopic surgeries.

Difficulty swallowing may be caused by Achalasia, a disease which is considered to be a degenerative disorder. Achalasia is a failure of the lower esophageal muscles to relax during normal swallowing and lead to food “hold up”. Peroral Endoscopic Myotomy (POEM) was introduced by Prof. H Inoue in 2008. The surgery is performed by the insertion of endoscope from oral cavity to esophagus, using a special endoscopic knife to create an esophageal submucosal tunnel to cardia of stomach and followed by myotomy of the circular muscles of the esophageal wall. Among all dysphagia patients, 83% to 94% of them have relief of noncardiac chest pain. Although most patients do not require medication after surgery, 46% of them experienced mild gastroesophageal reflux. 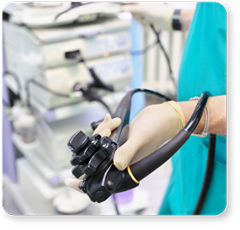 Endoscopic Mucosal Resection (EMR) was introduced in the late 1990s. It is known as an electrosurgery to treat early GI tract cancers by the resection of tissue using high-frequency electrical current. EMR is proven to be less invasive than minimally invasive surgery. A comparative study of EMR and gastrectomy showed that no difference is observed in the complications, mortality rate, and relapse rate. The risk of metachronous gastric cancer was higher in the EMR group yet shorter hospital stays and lower costs were reported as the benefits of the EMR. Despite the excellent outcome, the EMR technique is only applicable for resection of tumor size less than 2cm.

Endoscopic Submucosal Dissection (ESD) is one of the most advanced and least invasive treatment for early GI tract cancers. The procedure involves dissection of submusoca by using a special endoscopic knife. A study examining 3548 early GI tract cancer cases and comparing EMR and ESD, ESD is proven by evidence to perform higher en bloc resection rates, higher complete resection rates and lower recurrence rates. Besides, ESD technique is not limited by the tumor size.

Endoscopic dilatation and stenting has become the standard treatment for many gastrointestinal diseases, especially for stenosis of esophagus and stomach. Endoscopic dilatation is useful in treating achalasia, post-operative anastomotic strictures, and inflammatory strictures. Endoscopic stenting offers a much safer alternative to surgery for the palliative care of cancer of esophagus and stomach. Recently, different types of stents are available for the resolution of stenosis caused by tumors at different locations. Sometimes stents can also be applied to benign conditions such as post-operative anastomotic leakage.